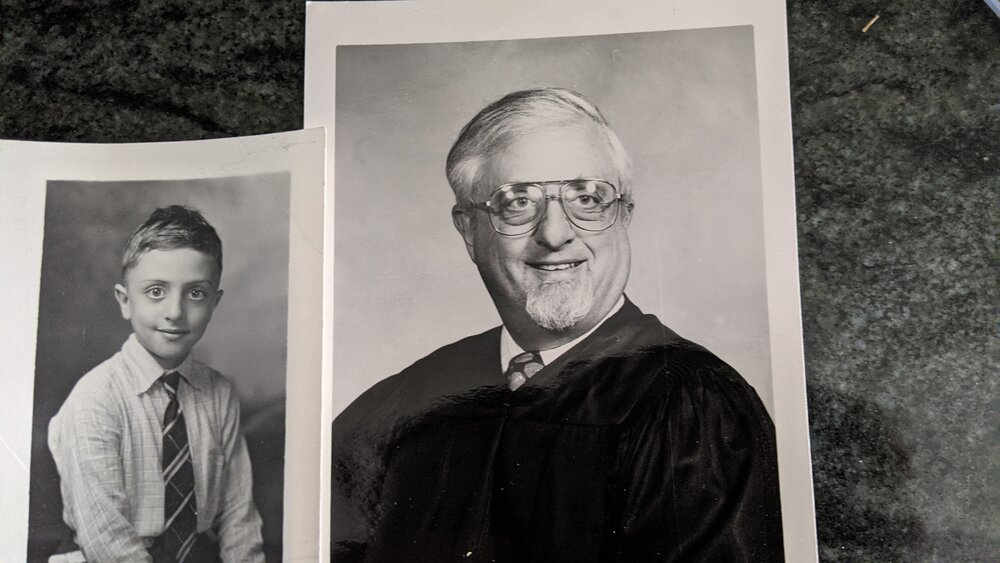 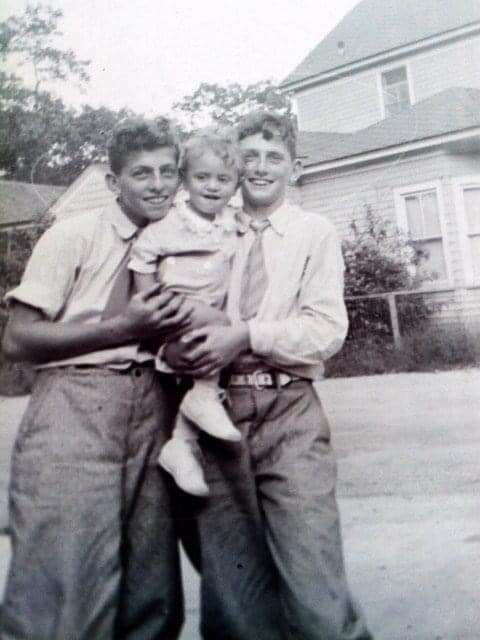 Obituary of Jerome A. Gertner

Jerome Arthur "Jerry" Gertner, 88, surrounded by his sons and his family, with Billie Holiday in the background, held court for the final time on December 28 at Lehigh Valley Hospital, Allentown, PA, after a sudden but prolonged non-covid hospitalization.
He was born to Michael and Teresa (Mopsick) Gertner on January 23, 1933, in Elizabeth, the eldest of two children, and moved to Lakewood soon afterward.
The first grandchild of Samand Bertha, he often considered himself to be the "tenth" of the nine surviving Gertner's Bakerybrothers, with his best friend being his Uncle Norman, only a few years his senior.
A 1951 graduate of Lakewood High School, where he played football and basketball and was in the school play. After one year at Rutgers University, with guidance from amongst others, Tuskegee Airman George Watson, Sr., Jerry opted for a turn in the Air Force, eventually finding himself an Air Traffic Controller in the Alaska territory. His most significant wartime claims were playing
on the base basketball team with a roster of elite former college athletes, allowing the diminutive point guard to travel throughout the country playing other service teams, and learning to fly-fish at remote maneuver operations sites. Returning home after honorably serving his country, he returned to Rutgers because "that's what Coach Hill expected me to do," crediting his Lakewood
basketball coach with pushing him to excel. With military discipline, he soared with his schoolwork while playing quarterback for the Scarlet Knights' 150-pound football team and playing on the Rutgers Golf Team. Upon graduation in 1959, he headed south to law school at the University of Virginia, graduating with his B. Laws. in 1962, laying the groundwork for his legal career.
After finishing his studies, he headed back home to Lakewood, working in the law office of his uncle Henry Gertner and, after that, Judge Mark Addison. On New Year's Eve 1963, he met Lois Trachtenberg as a blind date, leading to a whirlwind romance. They were engaged on valentine's Day and were married a few months later.
Judge Gertner inherited a strong sense of public service and worked tirelessly in his community. He enjoyed pancake breakfasts with the Kiwanis, was a referee for Biddy Basketball, assisted with the Lakewood Pop Warner program, was a loyal Freemason and Shriner, and served as President of the Lakewood Board of Education. He marched annually with the local Jewish War Veterans post in parades, serving as the New Jersey State Jewish.
War Veterans Commander in 1973, where he was part of the first American delegation to visit Israel after the Yom Kippur War. He served as Lakewood's Municipal Court Judge from 1978-2000 and was honored to serve as President of the American Judges Association in 1989 and is presumed to be the first municipal court judge to serve as President.
During his career, he assisted several local religious organizations and served as a founder ofOMEGA 13 and O.C.E.A.N. Inc. and was recognized as Lakewood's Citizen of the Year in 2002.
He was often found flying over Lakewood in his Piper Cherokee, driving his red Fiat Spider convertible, or at the Lakewood Blue Claws baseball games. He enjoyed riding the waves off the shores of St. Maarten and playing golf locally and at Foxfire Country Club in Pinehurst, NC.
His Passover seders were legendary, and he looked forward each year to the annual GertnerFamily Picnic. A Lakewood Piner through and through, he was a mainstay for years at Lakewood High School football and basketball games, and in later years enjoyed watching his
grandchildren compete in soccer, football, swim, basketball, baseball, and dance. He and Lois loved to travel, taking countless voyages, including an extended crossing of the Atlantic Ocean.
He loved chewing on his cigars and knew the best fishing holes on Lake Carasaljo and the best tables in Atlantic City and elsewhere.
He and Lois enjoyed almost 52 years of love, adventure, and romance, until her untimely death in 2016. His remaining years were spent with his dear friend Alva with whom he shared loving support and found joy and happiness.
He considered himself a lucky man, grounded as the grandson of a baker, having seen even those over whom he had passed judgment laud his fairness and empathy during difficult times.
His presence will be missed by all whose lives he touched, including his sons and spouses, Sean and Marla Gertner of Jackson, Dr. Eric and Debbie Gertner of Macungie PA, Mitchel and Ilana Gertner of Howell, and Heath Gertner of Jackson NJ. He was the "Big Bear" to his grandchildren Matthew and Ryan, "PeePop" to Eva and Max, and "Saba" to Moriah. He is also survived by his sister Sheila Saltzbart and Dr. Larry Saltzbart in Martinsville, NJ, uncle Norman
and Aunt Charlene Gertner in Lakewood, brothers in law Sam Trachtenberg in Pinehurst NC, and Irving and Ellen Trachtenberg in Lexington KY, his companion Alva Godderz, her niece Bridget Rudzik, and countless nieces and nephews, cousins, and other relatives in Ocean County and beyond.
Funeral services will be held at 11:00 am Friday, December 31, 2021, at Congregation Sons of Israel Holocaust Memorial Chapel, 613 Ramsey Avenue, Lakewood, NJ 08701. Interment will follow at Mount Sinai Cemetery, Lakewood, NJ.

Donations may be made in Jerry's memory to:
the Shriner's Children's Hospital, the Jewish War Veterans of the U.S.A., or the American Judges
Foundation.

Share Your Memory of
Jerome
Upload Your Memory View All Memories
Be the first to upload a memory!
Share A Memory
Plant a Tree