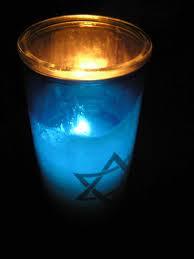 Craig R. Bolotsky, 66, of Bayonne, NJ, died September 23, 2021.  Born in Lakewood, NJ, on June 17, 1955, he was a long practicing CPA, a devoted concert goer and music enthusiast, and collector of all antiques.  Craig was a loving brother, son, father, and grandfather.

Predeceased by his mother Marilyn Bolotsky; he is survived by his father Saul Bolotsky of Toms River, NJ; daughter Jenna Silber and son-in-law Paul and two grandchildren Matthew and Ryan of Manalapan, NJ; son Cory Bolotsky; brother Richard and his wife Judith and their children Joshua, Ilana, and Jeremy of Toms River, NJ; brother Howard and his wife Dawn and their son Zachary of Clarence Center, NY.

Share Your Memory of
Craig
Upload Your Memory View All Memories
Be the first to upload a memory!
Share A Memory
Plant a Tree