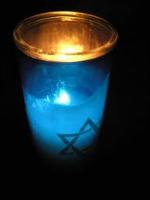 Carolyne Saltzbart, who spent a lifetime educating and serving others, passed away Wednesday, April 8, 2020 in Red Bank, NJ at the age of 85. Carolyne (Carrie to all of her friends) grew up in Toms River, NJ where she lived on the family farm with her parents, Charles and Grace Smith, and her brothers Seymour and Marvin. From there she attended and graduated from Barnard College in New York City where she met Alvin Saltzbart. The two married in March of 1956 and remained together for the rest of their lives. Eventually they settled in Colts Neck, NJ where she raised her family and served the community for 50 years. Carrie was honored to serve as the president of the Colts Neck School Board and Colts Neck’s representative to the Freehold Regional School Board, where she was instrumental in building the Regional High School in Colts Neck. Carrie was a woman of endless energy who achieved success in many careers. She was a practicing Dental Hygienist, she taught Dental Hygiene after earning her Masters Degree at Columbia, she was a Businesswoman and Restauranteur, creating The House on Monmouth Street and its retail shops in Red Bank and she was a Real Estate Broker/Manager for Gloria Nilson. She was passionate about politics, a devoted reader, a lover of dogs, an expert and prolific needleworker and a friend and role model to many. Carolyne is survived by her daughter Susan Saltzbart Kilsby and her husband Richard, Philip Saltzbart and his wife Karen, her daughter Sally Saltzbart Minier, as well as her grandchildren Lydia and Phoebe Saltzbart and James and Amanda Kilsby, 6 nieces and nephews and 4 great grandchildren. In lieu of flowers, donations may be made to the Memorial Sloan Kettering Cancer Center (https://giving.mskcc.org/) or The Lifelong Learning program at Brookdale Community College (https://brookdalefoundation.com). Please indicate “Lifelong Learning” where asked “Donation Fund Destination” The family would like to thank all of the wonderful and brave caregivers at The Atrium at Navesink and Visiting Angels as well as everyone involved in Carrie’s care at MSKCC, Riverview Hospital and Lenox Hill Hospital.